Like many other international chain stores, Starbucks in Japan has its own unique menu, limited products which are only sold in Japan, it attracts many Starbucks fans!

Today, I will introduce you to the top 5 most popular Starbucks Concept Store in Japan~ they are also known as the top attractions!

Those who have visited Kobe before might know about this store because it is one of the top attractions in Kobe! It is located at Kitano Ijinkan which is listed as a Japan cultural heritage site, it is a two-storey western-style houses which built in 1907.

Unfortunately, the entire building was torn down during the Kobe earthquake, Kobe city rebuilt the famous site to preserves its historical value so visitors can get a taste of the grand old days. Speaking about the Dazaifu Tenmangu Shrine, it attracts 200 million visitors to the shrine! It is the first Starbucks in Japan thats built in a shrine area. The store is built using 2000 logs, which are 1.3 ~ 4 meters long and overlapping each other. It was designed by respected architect Kengo Kuma based on the “combination between natural material and traditional culture” concept; the shadow of the logs give it a Japanese art effect.

Address: Kanagawa-ken, Kamakura-shi, Onaricho 15-11 Business Hour: 8:00～21:00 Transport: Take the Enoshima Line to Kamakura Station and walk for 4 minutes or take the JR Yokosuka Line to the Kamakura East exit and walk for 5 minutes

Have you seen a private pool in Starbucks? It is located in Kamakura, it was a former home own by Manga artist Ryuichi Yokoyama and many artists used to gather here. It is a place to gather all the talented artists! Mr. Yokoyama transferred the entire house structure back to his hometown to avoid damage after his death; hence it is now home to Starbucks. The Sakura trees and terrace beside the pool are preserved until today. It becomes one of the popular attractions as you will pass by the store on the way to Kotoku-in. 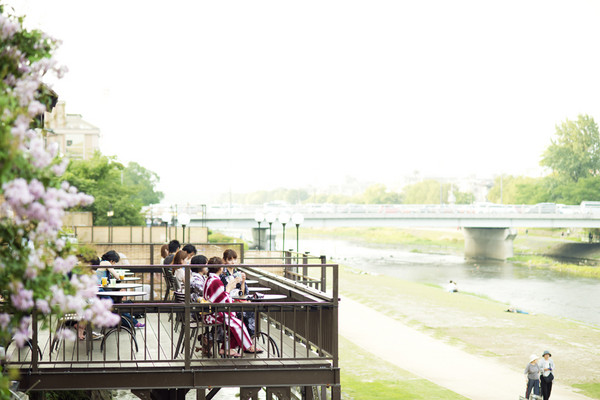 Kyoto has always been one of the world’s most popular attractions. Every May~September（5/1~9/30），Kyoto Kamogawa’s right bank will put up a long platform and there will be all kinds of restaurant and teahouses on the platform. During the nights, the store will be lit up with beautiful lights, you can enjoy your meal amongst unique buildings in the summer. The platform「納涼床」is only available in the summer, it has 400 years of history. However, it is expensive to dine in… but the Starbucks is a lot cheaper! The 35 platforms only operates from February to August, it is well worth the visit~ 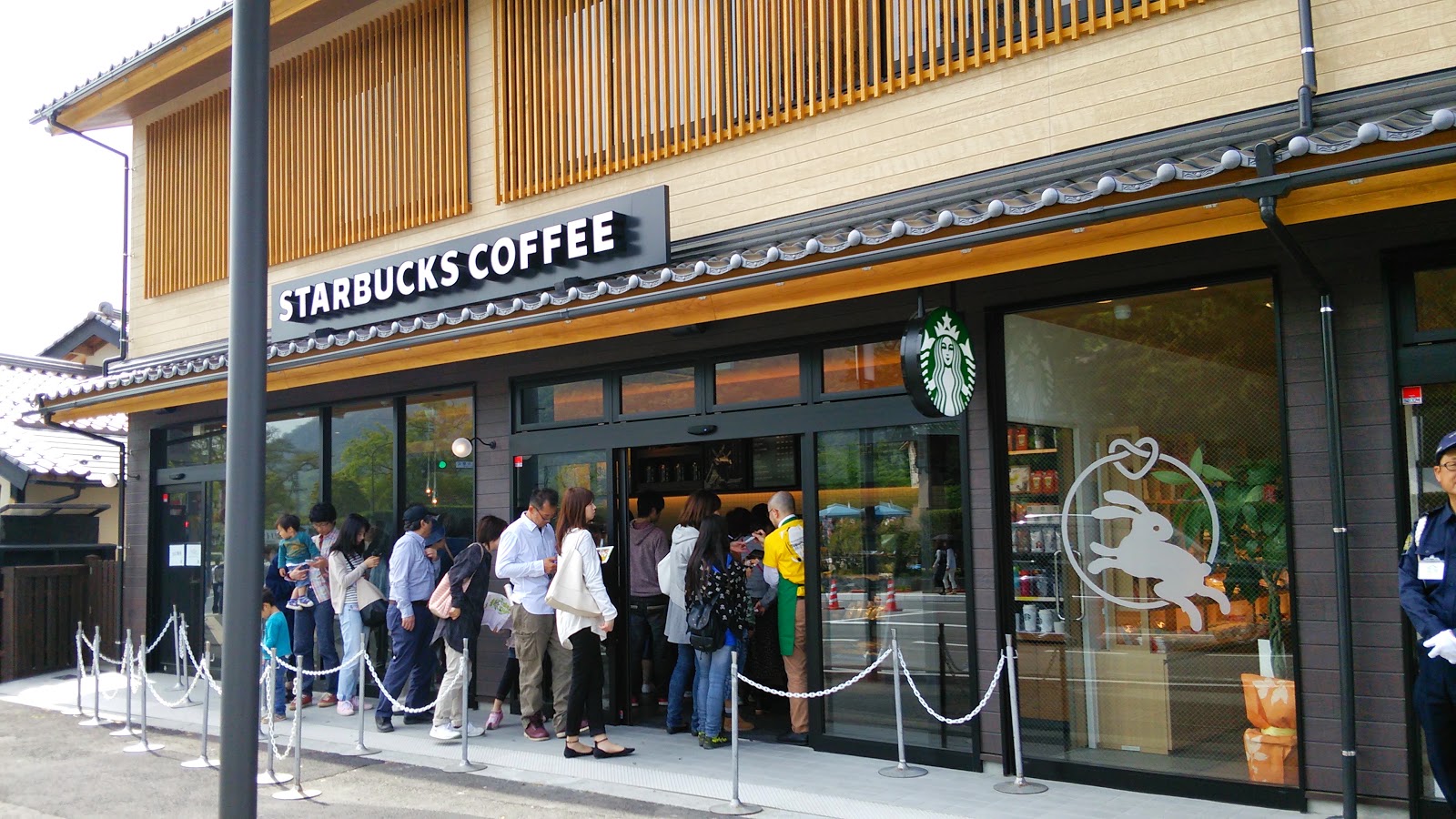 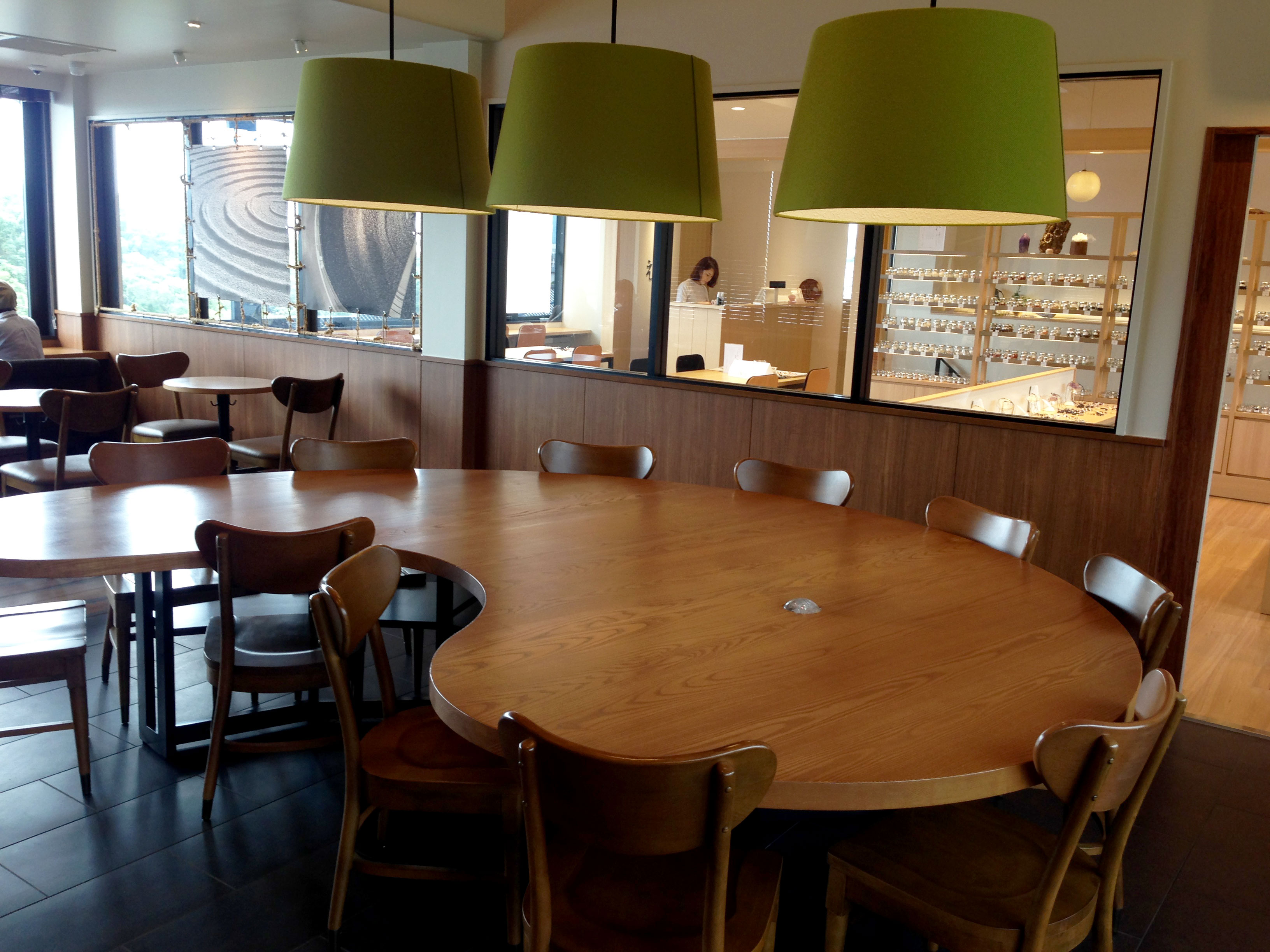 Izumo Taisha is an old and noble Japanese Shrine. It is famous for granting good marriages to its follower, the Starbucks store draws the inspiration from the shrine and decorated the store with a table shaped like magatama (まがたま) which symbolizes good ending, The interior makes extensive use of locally sourced timber, including Shimane black pine and cedar. On the first floor, there is a Japanese-style long bench, while on the second floor; you can can enjoy a view overlooking Izumo while enjoying a cup of coffee.